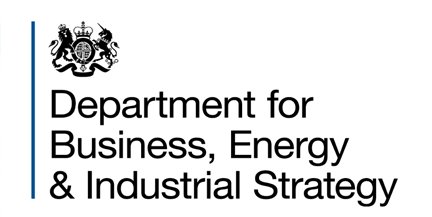 Last month, two scientists got news that any researcher would want to hear: their project, a study on how carbon is stored in salt marshes, had been approved for funding by the Department of Energy. On Thursday, a day after the grant was publicly announced, the lead scientist said she received a letter asking her to remove climate-related language from a description of the work to toe the line of the Trump administration.

The researcher, Jennifer Bowen of Northeastern University, shared a screenshot of the email in a Facebook post that sparked outrage among scientists online. In the email, someone whose name is not shown asks for the alterations.

“I have been asked to contact you to update the wording in your proposal abstract to remove words such as ‘global warming’ or ‘climate change,'” the email says. “This is being asked as we have to meet the President’s budget language restrictions.”

Along with the screenshot, Bowen, who studies how human activities alter microbial communities, wrote: “This just happened. I’m just going to leave that here for people to ponder.”

“My take on this is that someone within the labs is proactively going through new awards and trying to make sure they don’t get into any trouble,” said Bowen’s colleague in the study, Jonathan Sanderman of Woods Hole Research Center. “Since the funding for this project and other products is tied up in the current appropriate funding, I think they’re worried they might get zeroed out.”

Bowen’s original abstract included language about how the degradation of salt marshes releases carbon dioxide, a greenhouse gas that contributes to climate change. She wrote on Facebook that she reponded by providing a new version as requested and writing: “I understand you are just doing your job, so I will refrain from comment. I redacted the offensive clause.” As of Friday afternoon, the abstract linked to from a Department of Energy website still had the original version, with the phrase “climate change.”

Nature reported that the email came from a project coordinator at the Department of Energy’s Lawrence Berkeley National Laboratory’s Environmental Molecular Sciences Laboratory and that a second scientist who received a grant at the same time had also been asked on Thursday to remove references to climate change from his project’s description. That scientist, ecologist Scott Saleska of the University of Arizona, is researching the effects of decomposing plant material on permafrost.

‘It’s Not Going to Change the Research’

Sanderman said he and Bowen had received no indication that their final report should avoid use of language related to climate change. The request appeared to apply only to the abstract of the proposal.

“We’re going to do the exact same work—literally, it’s two words in the abstract that we’re going to remove,” he said. “It’s not going to change the research, which is all about how salt marshes are being impacted by all these anthropogenic stressors, climate change included.”

Northeastern issued a statement that the university is committed to scientific independence: “A long-standing pillar of the U.S. research model is the belief that science should not be constrained or influenced by partisan politics. As a university, we will continue our steadfast commitment to intellectual inquiry and will follow the facts, wherever they may lead.”

Under the Trump administration, the government has made moves to avoid climate change-related terms before.

In March, Politico reported that staff at the Department of Energy’s Office of International Climate and Technology were told not to use the terms “climate change,” “emissions reduction” or “Paris Agreement.” The office, which worked with other countries to develop clean energy technology, was shut down in June. In April, the Department of Energy replaced the “Clean Energy Investment Center” with the “Energy Investor Center.”

In the department’s long-delayed power grid study, released this week, the only mention of climate change in the administration-approved version of the report is in the added political recommendations, which say to follow Trump’s executive order on energy that includes “rescinding energy and climate-related policies.”

The Energy Department is also not alone in these requests.

The Environmental Protection Agency announced in April it was reviewingand rewriting its websites, particularly those involving climate change, to reflect the Trump administration’s perspective. It cited Trump’s March 28 executive order on energy as its guide. After removing its climate change page, and receiving a series of requests under the Freedom of Information Act about it, the EPA published an archived version but didn’t make it easy to find. The Department of Interior also removed extensive discussions of the effects of global warming from several pages.

At the Department of Agriculture, emails show how staff in the Natural Resources Conservation Service were coached by managers to avoid the term “climate change” and instead use “weather extremes.” The first email hinting at that change in language arrived four days after Trump took the oath of office. 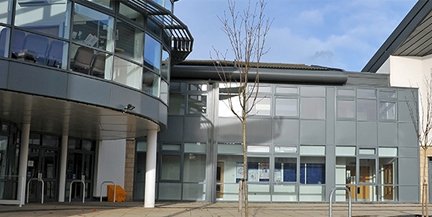